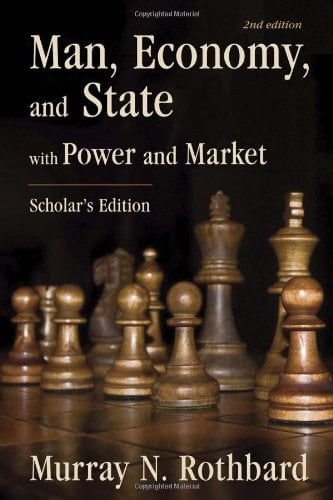 Man, Economy, and State is Murray Rothbard’s main work in economic theory. It appeared in 1962, when Murray was only 36 years old. In it Murray develops the entire body of economic theory, in a step by step fashion, beginning with incontestable axioms and proceeding to the most intricate problems of business cycle theory and fundamental breakthroughs in monopoly theory. And along the way he presents a blistering refutation of all variants of mathematical economics. The book has in the meantime become a modern classic and ranks with Mises’s Human Action as one of the two towering achievements of the Austrian School of economics. In Power and Market, Murray analyzed the economic consequences of any conceivable form of government interference in markets. The Scholars Edition brings both books together to form a magnificent whole. —Hans-Hermann Hoppe